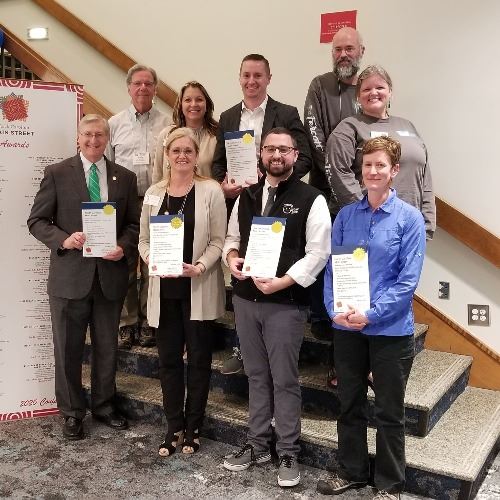 The North Carolina Gravity Games was chosen in the category of Best Downtown Event or Series, and the reconstruction project of 122 Boundary St. was chosen in Best Endangered Properties Rescue Effort at the 2020 North Carolina Main Street Conference in New Bern this week. Lenoir collected five awards at last year’s conference. The event draws city officials from around the state to discuss downtown economic development efforts.

The Gravity Games, a soap-box-derby-style set of races with related street attractions nearby, is celebrating its 10th anniversary this year on April 25, and Kyle Case, Lenoir’s Main Street program coordinator, said that the strength of the Gravity Games is in its versatility.

“One of the great things about it is all the partnerships,” he said, naming Google, Appalachian State University, the NC Science Festival among the many partners involved each year.

Mayor Joe Gibbons said that the games, which started out as a local festival and grew to a state-certified event, said that it’s positive impact on education cannot be overstated.

“What a great event to foster STEM (Science, Technology, Engineering and Math) education and what a great way to bring together so many schools and kids,” he said. “Hopefully, it will be an annual event forever.”

Lenoir Communication and Public Information Director Joshua Harris said that he is particularly proud to be of the Gravity Games because, unlike most street festivals, the focus is on movement.

The 122 Boundary St. building once had been used by Dayvault’s Drug Store but had been vacant for years and became dilapidated until architect Jesse Plaster bought and redeveloped it. The building now houses K & K Sparkle Boutique on the street level and has living space on the second floor.

Gibbons remembers the old drug store as a favorite haunt of his as a child and is glad to see new life breathed into old spaces. Horn said that the building stands out as an example of the impact that restoring historical buildings can have in a community.

“It’s a reminder of how important each historical building is to our entire community because of what it can become and also what it can leverage,” she said, referencing the fact that similar projects were started on two other buildings in the downtown corridor. “It just shows that the right person having the right idea and the right plan can make things happen.”

Each year, representatives from every local Main Street program in the state also choose a local Main Street Champion to be recognized at the conference. This year, the Lenoir delegation chose to honor the Lenoir Public Works Sanitation Division because of employees’ diligence and dedication to making sure downtown can sparkle just hours after any event, Lenoir Downtown Economic Development Director Kaylynn Horn said.

Case said that the Main Street programs wouldn’t be possible without the help of public works employees.

“I’ve literally been stopped by people on their way out of an event and been told that they can’t believe how quickly these guys get the streets cleaned up and back to normal,” Case said. “We couldn’t do it without them.” 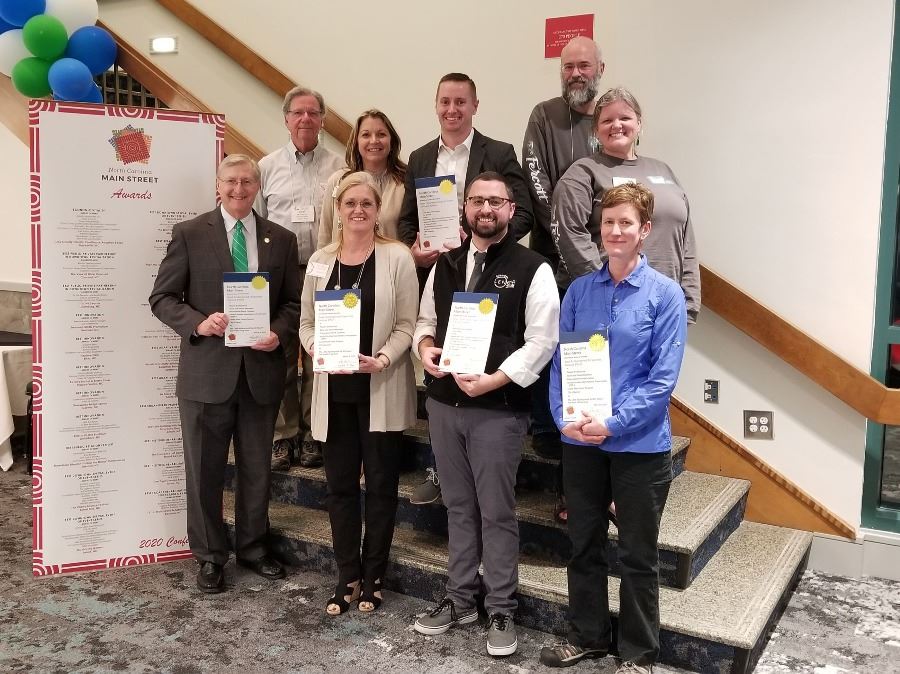